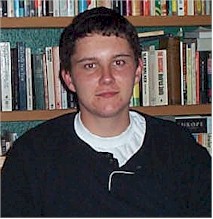 One of the primary motivators behind the sprawling and ever-increasing catalogue of opening literature is the fickleness of chess fashion. Ten years ago, it was thought that there were two ways in which Black could handle the mainline Slav – chop a pawn on c4 or dump a pawn on e6. Then the Moldavian trainer Viacheslav Chebanenko had an idea – why cede the centre (with …dxc4) or lock in the light-squared bishop (with …e6) when Black could conceal his intentions with …a6? “Because it’s stupid” seemed the natural response – yet after a decade or so of innovation and high-level interest (by many, including the rather selective Kasparov), this is one of the hottest lines in modern theory, justifying an entire volume dealing with just this line of the Slav.

Flear is regarded in Britain as a Slav expert (though these days he normally opts for the Semi-Slav, he does have some experience with …a6), and is pretty crafty practitioner of his favourite lines. This is reflected in his current work, where almost 50 pages are devoted to what could be called ‘move-order issues’, basically early White attempts to cross Black up by delaying or omitting Nc3, Nf3 or d4. As a Slav player myself, I can testify that these lines are incredibly annoying and must be prepared for, since otherwise Black can easily wind up in a prospect-less position. Flear does an excellent job on these lines and goes beyond the call of duty in the range of such with which he deals – for instance, 1.c4 c6 2.Nf3 d5 3.e3 Nf6 4.Nc3 (hardly an …a6 Slav) is covered, and covered well. This being the case, the book represents something quite close to a complete repertoire against closed openings, though there are a few omissions (for which Flear can’t be blamed, since a repertoire book wasn’t the thrust of his mandate).

The book is based around complete games and covers the opening for both colours, though of course 1.d4 players would be understandably reluctant to buy an entire book on a sub-variation of the Slav. But for Black players, this means that there exists a wide range of choice in each position – most tastes are catered for by the lines covered. Even having played the line myself for several years, and knowing its popularity at GM level, I was still amazed by the general quality of the games included here – of the 82 illustrative games, it seemed like most were recent battles between 2650+ giants, a standard tough to match in most specialised opening works. Even if you never plan to play this opening, the book is almost worth buying for the games alone.

Many existing books have pretty good coverage of the …a6 Slav. Sadler’s classic ‘The Slav’ is now a little dated and rather thin on material, but is a truly excellent introduction to the opening. Burgess’ more recent (and entirely different!) ‘The Slav’ is basically a combination of Sadler’s work some more detailed theoretical coverage. Perhaps the most useful source is the Chess Base CD ‘The Slav Defence’ by GM Dorian Rogozenko. All these deal with the whole Slav, including the …a6 Slav, but Flear’s work has the benefit of both specialisation in one line and good coverage of the anti-Slav lines detailed above.

There are certain opening books I prefer to this one, the really exceptional ones packed full of novelties and pithy explanations of typical positions, in which I found this one slightly lacking. Nonetheless, the …a6 Slav represents another excellent effort by Flear.

Other reviews by Sam Collins